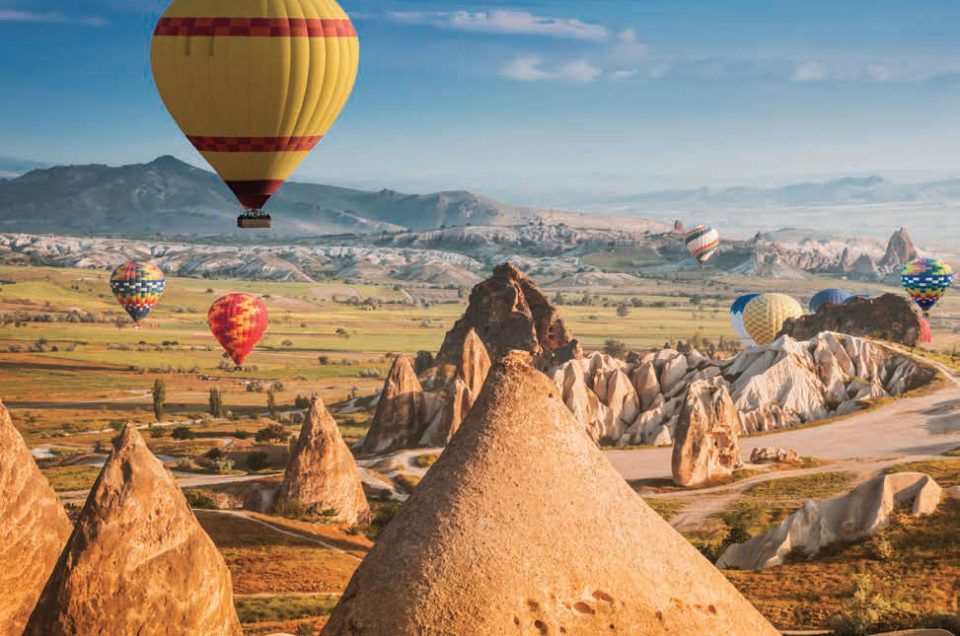 East meets west in Turkey in a fascinating, exotic collision of cultures and religions, ancient and modern. Combined with its reputation for good value for money, this makes Turkey “hot”. Turkey’s strategic location, straddling the continents of Europe and Asia, guarding the waterway between the Mediterranean and the Black Sea, means it has already had a major role to play in world events. From Turkey rose the Byzantine and Ottoman empires and in Turkish soil rest the remains of more than 2300 Kiwi soldiers who died at Gallipoli during the First World War. This tragic war that helped shape New Zealand’s identity means Turkey has a special place in our hearts. This feeling is reciprocated by the Turks who seem to have an especially warm welcome for Kiwis.

Istanbul is a city of graceful minarets, whirling dervishes, bazaars overflowing with rugs, spices and Turkish delight. Turkey also has more than 8000 kilometres of Mediterranean coastline; spectacular ruins such as Ephesus, one of the best preserved ancient sites in the Mediterranean; legendary Troy; and one of the world’s most astonishing landscapes, the fairy chimneys and underground cities of Cappadocia. Sail in a traditional wooden Gulet, along the Turquoise and Aegean coasts.

Istanbul really is a Turkish delight, an intoxicating mix of breath-taking architecture, a roller-coaster ride of history and a stunning setting combined with the Turks’ zest for life. Head for Sultanahmet, the historic heart of the old city and gaze in amazement at the domes of Aya Sofaya and the Blue Mosque. Dive underground into the spooky Basilica cistern and then brace yourself for the Grand Bazaar. There are 3000 shops in here and the locals are very keen to sell you something! While away an afternoon in the teahouse beneath the walls of the Topkapi Palace and count the ferries plying the Bosphorus and the ships sailing towards the Black Sea. At sunset the fishermen on the Galata Bridge head home just as Istanbul’s skyline forms a glowing silhouette of domes and minarets.

Our favourite things to see and do

Topkapi Sarayi (Palace) – Home of the Ottoman sultans for nearly 400 years, The Treasury in the 3rd courtyard is amazing. Get there when it opens at 9am and go straight to the Harem. Only a certain number of visitors are allowed at one time, so get there first to avoids the queues.

Hagia Sophia (Ayasofya) – Said to be one of the great buildings of the world, it’s a former Byzantine church, a former Ottoman mosque, and now a museum.

The Blue Mosque (Mosque Of Sultan Ahmeti) – One of the city’s premier sights, it’s called the Blue Mosque because of its light blue interior tiles. You can visit at most times of day and it’s free. Avoid all mosques on Fridays as  this is the Muslim holy day and mosques can be closed for lengthyamounts of time for prayers.

Hammams (Turkish Baths) – For something a little different why not try a Turkish Bath. You’ll be pulled and pushed, rubbed and scrubbed to within an inch of your life,but you’ll come out feeling wonderful.

Bosphorus Cruise – By far the best way to view the city of Istanbul is by boat on the Bosphorus, the most impressive sights being along the southern shores. You’ll see Topkapi Palace, the Maiden’s Tower, the Selimiye Barracks (where Florence Nightingale worked), Dolmabahçe Palace, Yldz Park – Palace, the village of Ortaköy and the Bosphorus Bridge to name a few.

Turkish cuisine – Indulge in Turkish cuisine like stuffed vine leaves and sip tea in tulip-shaped glasses, or go for broke and tackle the national drink – raki or lion’s milk. 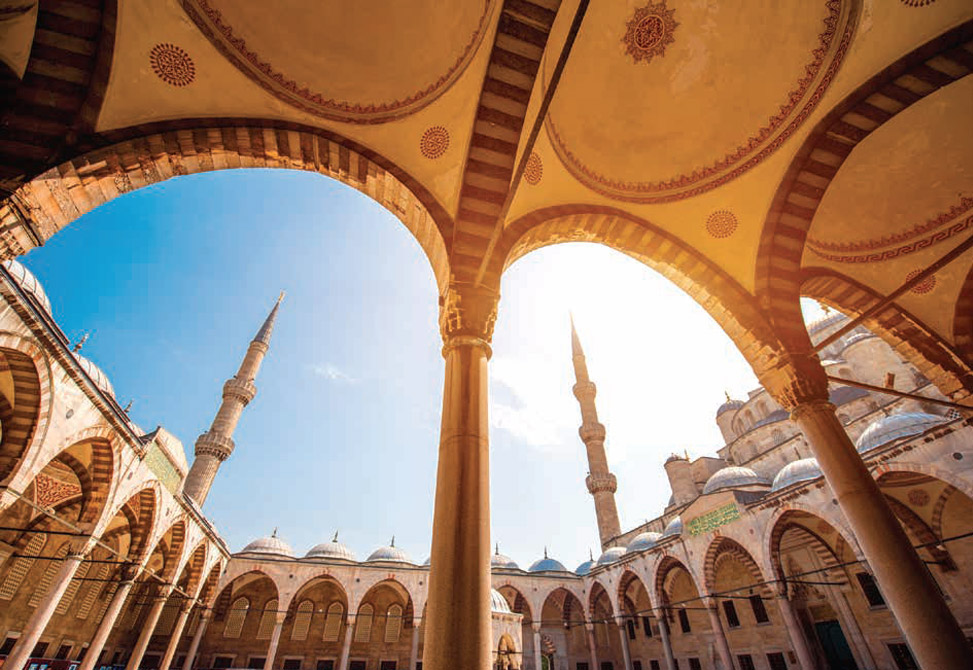